Support via Micro Focus Software Support, with a ticket filed against the associated product.

Micro Focus offers a content partnership program for select partners. Support for Partner Content offerings is provided by the partner and not by Micro Focus of the Micro Focus community.

Micro Focus Community Content is provided by Micro Focus for the benefit of customers, support for it is not available via Micro Focus Software Support but through specific community content forums.

Community Contributed Content is provided by Micro Focus customers and supported by them.

Infuse Consulting | Community
useMango™ Test Factory is a fixed price, outcome-based solution for a complete end-to-end integrated Application Lifecycle Management solution. The solution is delivered on an outcome-based model to allow you to focus on satisfying your customers.
0 reviews

useMango™ Test Factory is a fixed price outcome-based solution, for functional testing, performance engineering, and infrastructure testing. The solution is delivered as an outcomes-based SaaS model, to allow you to focus on satisfying your customers.  useMango™ Test Factory, is a pre-built centre of excellence, that offers:

Suggested for you are based on app category, product compatibility, popularity, rating and newness. Some apps may not show based on entitlements. Learn more about entitlements.

The Quality of Things (QoT) application enables you to run tests both online and offline.
2,306

A sample Web-based application about tours
53

ALM Synchronizer enables you to synchronize data between ALM and other endpoints.
21,761

ALM Client Launcher is a lightweight, portable, and flexible tool that enables you to run an ALM client on any Windows machine with no need for Internet Explorer or admin permissions.
8,482 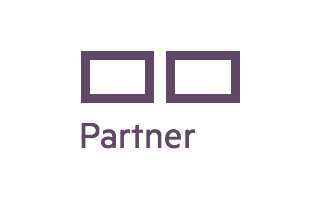 This REST API collection pack provides a pre-defined set of requests for Postman ready to use. It includes GET, POST, PUT and DELETE request within a collection of 200 requests. All requests are fully parametrized...
206

ALM Explorer Add-In enables you to use ALM without using Microsoft Internet Explorer
134,406

Changes in this release

• Improved performance of getting component usages.

• It is now possible to copy the step run report from test designer.

• You can now debug your components in VBScript in Windows Script Debugger or in UFT by selecting the debug checkbox in test designer.

• In test designer parameters are now searchable in test steps and appear in an ordered list.

• useMango™ no longer relies on synchronizing tests directly to HP ALM meaning TDConnect no longer needs to be installed.

Changes in this release

• Data values used in tests can now be entered directly into test steps without the need first to create a variable to hold the value.

• The distinction between input variables and transfer variables has been removed. There are now simply variables that can be assigned values in the test design or can be given values during execution of the test.

• There are new features to export and import all test data for a whole project, using CSV as the data format. These features allow users to review and edit the data used by tests efficiently in bulk, by using a tool such as Microsoft Excel. Project data features are accessible through the Project Settings tab in the Projects tab when a Project is open.

• Results when searching or filtering for tests or components in Component Library and Test Library are now processed and displayed much more quickly.

• The script editing capability for custom components has been significantly revised. Instead of editing scripts directly, useMango delgates script editing to dedicated third-party script editing tools such as Visual Studio Code, Sublime or Atom. Using this revised capability, editing of referenced function libraries is now also supported whilst a component script is being edited.

• Custom component parameter definitions are now created and managed explicitly in the Component Library tab of useMango, rather then being interpreted from the component script.

• There is a new capability to define and manage resource groups which define which function libraries are referenced by each component.

• Shipping versions of the Selenium web drivers for Chrome, Firefox and Internet Explorer have been updated so that tests can be run on newer versions of these browsers.

• The web components and web-related function libraries have been substantially re-written to improve performance of execution and to simplify the useMango object finding and wrapping code. Direct script access to underlying WebDriver objects is now promoted.

• Control over Windows processes started by tests during execution is now improved. Processes are now correctly cleaned up at the end of a test execution in a wider range of circumstances.

• The scanner for web pages has been re-designed for performance, customizability and multiple browser support. It's now possible to scan pages in any of the browsers used for executing tests. The scanning logic is now script based and therefore more easily accessible for customization to meet specific user requirements.

• Direct support for back-up of projects is now provided on the useMango Server.

• useMango Server has new features for viewing, creating and maintaining projects by users, in addition to using the API.

Fixes in this release

Languages
English
Get It

You are receiving release updates for this item because you have subscribed to the following products:
If you unsubscribe, you will no longer receive any notifications for these products.
Tip: to update your subscription preferences, go to Manage Subscriptions from your Dashboard, uncheck the products you no longer want to receive notifications for, and click 'Save'.
Unsubscribe Cancel

Your browser is not supported!

Please upgrade to one of the following broswers: Internet Explorer 11 (or greater) or the latest version of Chrome or Firefox